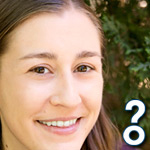 Jessika has lived all across the U.S. — in Washington, New York, Wisconsin, Colorado and, of course, Atlanta. There, she earned two undergraduate degrees from Georgia State University, one of which is in print journalism, but after spending some time in the newspaper biz, she decided the web was where it's at.

As a former staff writer and blogger for HowStuffWorks, Jessika enjoys painting, expanding her vegetarian recipe repertoire, walking her cat and spending afternoons by the pool. She's also a junkie for modern American literature, although she pours over nonfiction books from time to time, too.

Americans celebrate many traditions without even considering how strange the rest of world might consider them. What do you think are some of the weirdest?

Do Horses With Broken Legs Have to Be Shot?

Never wish a jockey good luck by saying "break a leg." Horses with broken legs might face a grim future, but does that mean they must be euthanized?

Smokejumpers are the men and women who specialize in fighting blazes their ground-bound peers can't reach. So who are they, and what's the "Mutilator"?

How do Magic Erasers Get Rid of Stains?

Kids go crazy with the crayons? Co-workers leave a trail of scuff marks wherever they walk? Erasers made with melamine foam might be just what you need. How do these erasers get the stains out? And are they really magic?

Most people who've driven a trailer have experienced at least a few heart-pounding moments when the trailer started to sway and they worried they might lose control of the vehicles. A weight distribution system can help.

Are the Olympics Ever Canceled?

The 2020 Tokyo Olympics were postponed until the summer of 2021 due to the COVID-19 pandemic. Many people thought they should have been canceled outright, but has that ever happened before?

How do humans age in space?

Humans in space may age just a bit more slowly than the rest of us, but they also experience rapid muscle and bone mass loss. Why does this happen, and do astronauts recover?

Every morning you scoop in the coffee, add the water and turn it on, but have you ever wondered what is happening inside your coffee maker? Find out how that precious gadget delivers your wake-up dose.

The practice of blowing glass may seem hip and modern if you've recently hit up an art exhibition by Dale Chihuly or Harvey Littleton. But the history of glassblowing is actually long and rich, dating back to the Roman Empire.

You just exercised and worked up a good, healthy sweat -- except that "healthy" rarely smells like industrial strength cleaner, right? Why does sweat sometimes reek of ammonia, and what can you do to stop it?

5 Questions to Ask when Buying a Townhome

They have a lot of the same perks that condos do, but in a townhome, you're only sharing the walls with neighbors, not the ceiling and floor. You'll need to keep a few questions in mind if you're thinking of buying one, though.

5 Questions to Ask When Buying a Condo

Disagreements between neighbors can really sour a living experience. Unfortunately, those sorts of feuds can be fairly common in condominium complexes. Keep reading to learn important questions to ask when buying a condo.

What Is Color Psychology and Can it Help Sell Your Home?

Whether it's the inviting blue of a clear summer sky or the cold, impersonal gray of a waiting room, color can actually have a psychological and physical impact on us. But is the impact enough to sell your home?

A sculpted mammoth shows visitors to the La Brea Tar Pits what these ancient animals might have looked like, but the pits themselves have looked the same for thousands of years. How did they form, and what discoveries lie beneath the sticky surface?

How the National September 11 Memorial and Museum Works

Sixteen acres of land surrounding the site of the Sept. 11, 2001, attack on the World Trade Center have been rebuilt. Eight are devoted to honoring the victims.

Between the early rising and intense crowds, it's no wonder many shoppers skip out on Black Friday. But shopping on Cyber Monday instead can result in bigger savings.

What's the Difference Between the Internet and the World Wide Web?

Many people assume that the World Wide Web and the Internet are one and the same. But despite its size, the Web contains only a small fraction of the content on the Internet.

Wildfire isn't always bad for a forest -- it can clear brush, fertilize soil and open new space. But if a prescribed burn or even a small campfire gets out of control, it can quickly destroy forest, homes and wildlife. How do wildfires start?

How the Olympic Opening Ceremonies Work

Admit it: You cry every time you watch the parade of athletes in the opening ceremony. We do, too. What other official stuff goes down at this ultimate Olympic gala?

On its good days, science is incredible and enlightening. On its bad days, science can be anywhere from gross to downright bizarre. What are some of science's craziest questions? (And why did anyone want to answer them?)

We get it. Movies are fiction. But for those of us who love science, seeing even fictional worlds behave in a way that's flat-out wrong just rankles.

The blood in your veins is blue. Glass is a slow-moving liquid. If you touch a baby bird, its mother will abandon it. Not so fast –- if you learned any of those "facts" in school, what you learned was wrong.

We have science to thank for mind-blowing discoveries like DNA and the Higgs boson. And, sometimes, for ones that are mind-numbingly obvious. Here's one of our 10 shockers: It's nice to have friends around.