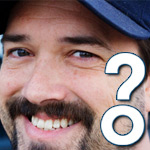 Charles W.(Chuck) Bryant co-hosts the Stuff You Should Know podcast along with his trusty sidekick, Josh Clark. Bryant also wrote articles for the site, touching on a potpourri of subjects. He was born in Atlanta in the early 1970s under the sign of Pisces. Twenty-four years later, he earned an English degree at the University of Georgia. He spent the next decade traveling, pursuing creative endeavors and getting street smart. He and his wife-to-be moved back to Atlanta in 2004, with four pets in tow. He hooked up with HowStuffWorks shortly after co-host Josh was hired, and the pair bonded immediately over their love of Hunter S. Thompson, the fight-or-flight response and dive bars. In his off time, Chuck enjoys hanging out with his wife, cooking and playing in his old-man band. He loves his neti pot and hates cold bathroom floors.

You probably know that any car with a manual transmission has a clutch — it connects and disconnects the engine and transmission. But did you know that automatics have clutches, too?

How did language evolve?

Let's assume that long ago Homo sapiens communicated by grunting at one another. How and when did all those grunting sounds evolve into a verb tenses, clauses and proper nouns?

What Is It Like in the Eye of a Tornado?

A tornado can turn a house into toothpicks, but when you think about it, it's really just a funnel of air. What's it like on the inside?

How Long Can You Survive Adrift in the Ocean?

You surface from a scuba dive to find that the boat ditched you. Are you a dead man? Between the sharks and the dehydration, we've got to admit -- it doesn't look good.

How to Find Water in the Wild

Let's say you get lost in the woods. You're by yourself and don't really have any supplies. You know you need to find water -- but how?

Don't think the cameramen who film "Deadliest Catch" aren't as gritty and daring as the show's subjects. When 800-pound crab pots are swinging onto a tilting and slippery deck, there's no time to baby-sit the Hollywood rookie.

Batteries power all sorts of things -- they're in our cars, our PCs, our cameras, our cell phones. How do these tiny cans of chemicals provide power for so many of our daily conveniences?

A catalytic converter is one of the most important parts of a car's emissions control system. It treats the exhaust before it leaves the car and removes a lot of the pollution. Learn how they work.

10 Ways to Survive a Snowstorm

You can't control the weather -- but you can prepare for it. We'll take you through 10 ways to survive a snowstorm, from whether to pick mittens or gloves to how you should shovel snow.

The 2020 presidential election is expected to be the most expensive ever, with President Donald Trump and Democratic nominee Joe Biden having raised $3.2 billion by October 2020. Where does this money come from, and where does it all go?

How can the government just take over and destroy property and buildings? And why do we let them? It's called eminent domain — and it's in the Constitution.

Stuff You Should Know's Riot Quiz

Riots can break out in an instant, if the right trigger hits at the right time. Trained riot control specialists do a lot more than crack skulls. Grab your shield and take this riot quiz -- if you know what's good for you.

Military snipers have been great fodder for video games and movies, and they're just as interesting in reality. Test out your aim here on Stuff You Should Know's military sniper quiz.

Stuff You Should Know's Spam Quiz

If you've ever eaten food, then there's a chance you might have tried Spam. We're not talking about the e-mail version. We're talking canned meat. Take our Spam quiz to see where you rate on canned pork knowledge.

Stuff You Should Know's Nicotine Quiz

If you're an American and you're reading this, then there's about a 30 percent chance you're addicted to nicotine. If you listened to this podcast, then you should have no problem scoring well.

Any fan of SYSK knows we love our movies. We brought out the big guns with our episode on exploitation movies, and now it's up to you to see how much information you retained.

If you listened to Josh and Chuck's trifecta of shows about crime scenes, then you should clean up on this quiz. What did you learn about blood spatter, photography and cleanup?

If you listened to the podcast on prisons, then you know we love us some prison movies. Let's see how well you know and love movies about the Big House.

Stuff You Should Know's Muppet Quiz

Scooby, Scooby-Doo — where are you? He's probably chowing down on some Scooby-Snacks with Shaggy and the gang. Let's see what you know about everybody's favorite Great Dane cartoon.

A Quiz You Can't Refuse: The Mafia

The mafia, with all its violence and villains, is one of the silver screen's favorite subjects. Test your knowledge of cement shoes and tommy guns.

Along with motion pictures, Hollywood has a knack for creating other things: controversy and scandal. So which scandals are the juiciest -- and why?

Are people capable of change?

Sure, someone can quit smoking. But if that person still yearns to light up a cigarette every day for the rest of his life, has he really changed? What does it take to alter behavior?

For filmmakers to tell a better story, the technology needs to advance. Which innovations have changed the way we see movies?