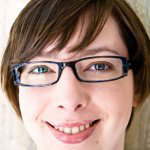 Tracy V. Wilson has loved stories and science for as long as she can remember. She joined HowStuffWorks as a staff writer in 2005, and she spent her first few years at the site destroying gadgets and mining patents, papers and interviews for the sake of figuring out what makes things tick. In 2007, she took on the role of hiring and training HowStuffWorks' new writers and editors, and she became site director in 2010. She co-hosted the PopStuff pop culture podcast with Holly Frey. No longer actively involved with the site, the pair now co-hosts Stuff You Missed in History Class. Tracy spends her downtime much like she spends her time at work: reading, writing, tinkering and brooking only the most delightful nonsense.

How to Carve a Pumpkin

Whether your taste runs spooky or silly, if you're willing to get your hands dirty, a pumpkin can be the perfect canvas to express your Halloween style.

The Epic History of Werewolves

Werewolves got their start long before Hollywood ever sank its teeth into the hairy legend. Learn about the folklore and cinematic history at HowStuffWorks.

Magnets produce magnetic fields and attract metals like iron, nickel and cobalt. They're used in all sorts of applications but how are they made and how do they work?

Nearly everything you use to run your computer or enhance its performance is either part of the motherboard or plugs into it. But what does it actually do?

How Does a Counterfeit Detector Pen Work?

Counterfeit detector pens use special chemicals to spot a fake bill. How do they do it?

If asked to describe Voodoo, many people would mention pin-filled dolls, zombies, and spirit possessions. But most of this doesn't have anything to do with real Voodoo (aka Voudou).

Bobsled drivers and crew plummet down a hill on a track or run that's full of twists and turns. A wrong move can cause a dramatic crash. Learn about the athletes who make up a bobsled team, bobsled runs and the physics behind bobsledding.

Most PCs use simple electrical fans to keep them cool. But upgrading to a liquid-cooling system can keep high-end gaming PCs running faster for longer.

For high-end gaming and video editing, an upgradeable graphics card is a must. Cutting edge video processors allow users to render complex visual effects, blisteringly fast frame rates, and multiscreen displays, with resolutions up to 4K and beyond.

The market may have become more accessible, but that doesn't mean you should take online trading lightly. In this article, we'll look at the different types of online trading accounts, as well as how to choose an online brokerage, make trades and protect

Laptops are now as popular as desktops, and the price gap is closing. Learn about laptops, upgrading laptop memory, using a laptop, and read laptop reviews.

A map is a type of language, a graphic way of representing information, whether it's to show population density or tell you how to get from Point A to Point B. Here's how they're made.

If you want to see a hologram, you don't have to look much farther than your wallet. But the most impressive holograms are large scale and illuminated with lasers or displayed in a darkened room with carefully directed lighting. Learn how a hologram, light and your brain work together make clear, 3-D images.

According to numerologists, everything in the world is dependent upon the mystical properties of numbers. But critics charge that numerology is based on an invented system of counting. Learn about the history of numerology and what modern-day numerologists believe.

How Do Scientists Determine the Age of Dinosaur Bones?

Every time a new fossil is found, one of the first things scientists determine is how old that fossil really is. But how do they determine it, and how can they be completely accurate?

PCI slots are an integral part of a computer's architecture, but they have some shortcomings. Now there's a protocol that provides more bandwidth and is compatible with existing operating systems. Find out about PCI Express.

Fire breathing is one of the most dangerous performance arts out there. To get an inside look at how fire breathing works, HowStuffWorks interviewed two fire breathers, including Mike Garner -- a juggler and vaudevillian performer who started breathing fire in 1993.

How Can Someone Walk Across Broken Glass Without Getting Hurt?

A magician or street performer walking barefooted across broken glass is a dramatic spectacle. Find out how people can walk across glass without hurting themselves.

What does wallpaper have to do with one of the coolest toys of all time? Learn just why Play-Doh acts the way it does, how it stormed the 1950s toy market and even how to make your own!

For many, Lego building is not kid's play at all. In fact, some amazing works of art and pieces of machinery have been made from this classic toy. Watch a cool video and see impressive images of Lego genius.

How can someone lie on a bed of nails without getting hurt?

In circuses, sideshows and other venues, lying on a bed of nails is an expression of a performer's stamina, bravery and imperviousness to pain. In reality, it's a matter of pressure transference and has been practiced for years around the world.

Sword swallowing is an extremely dangerous trick that doesn't involve illusions. How can it be real? We'll show you — with explanations and diagrams of the interactions between swords and the upper GI tract. Just don't try this at home!

Not too long ago, tattoos were taboo in Western culture. But today, people of all ages and walks of life are sporting permanent ink.

While humans try to create a variety of different types of light, some animals make their own. Find out what bioluminescence is and how these animals create light.