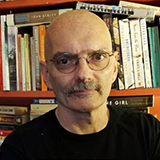 Patrick J. Kiger has written for HowStuffWorks since 2008 covering a wide array of topics, from history and politics to pop culture and technology. He worked as a newspaper reporter for the Pittsburgh Press, and the Orange County Register in California, where he covered one of the biggest serial murder cases in U.S. history, and also as a staff writer at Baltimore Magazine. As a freelancer, Patrick has written for print publications such as GQ, Mother Jones and the Los Angeles Times, and on the web for National Geographic Channel, Discovery News, Science Channel, Fast Company and AARP among others. In recent years, he's become increasingly interested in how technological advances are altering urban life and the design of cities, and has written extensively on that subject for Urban Land magazine. In his spare time, Patrick is a longtime martial arts student and a fan of crime fiction, punk rock and classic Hollywood films.

Harriet Tubman's Life and Impact on the Underground Railroad

History has taught us that Harriet Tubman was a conductor for slaves on the Underground Railroad to freedom. But she had a second career as a Union spy and was also a champion for the elderly.

11 of the World's Worst Serial Killers

In a bizarre experiment during the Cold War, the CIA used prostitutes and bordellos to lure customers only to drug them with LSD. It was all designed to achieve mind control.

What Does it Mean When a Book, Movie or Song Enters the Public Domain?

The reproduction of books, movies and songs is closely protected by copyright law, but intellectual property in the public domain can be used by anyone for free.

10 of the Oldest Continuously Inhabited Cities in the World

It's hard to nail down the oldest city in the world. Some say it's Damascus, Syria, while others suggest it's Jericho, in the West Bank. So which is older?

Where Do Bullets Go When Guns Are Fired Straight Up Into the Air?

If you've ever watched a gun fired into the air at a celebration, you've probably wondered where that bullet ends up. We've got the answer.

The SWOT satellite is a collaboration between NASA and the French space agency. Its mission is to measure how much water is on Earth and where the water is going.

Computer-generated artificial celebrities, created with cutting-edge technology, have become some of the hottest social media stars on the planet, selling everything from insurance to perfume.

Red flag laws allow police to seize the firearms of a person who is viewed as a potential threat to commit a violent act, without charging them with a crime. But how often do they prevent mass killings?

Leonid Meteor Shower: What You Need to Know

The annual Leonid meteor shower is back, and peaks in the late-night hours of November 17. It's made up of tiny bits of debris from the comet Tempel-Tuttle. Here's how to see it.

Artemis I Is Headed for the Moon

After two failed launch attempts, NASA's Artemis I finally took flight early in the morning Nov. 16, 2022 after years of anticipation.

SCIFs are spy-proof, highly secure facilities designed for viewing and working with sensitive national security secrets. We talk to a former general counsel for the NSA to find out how they work.

Why Do Americans Vote on a Tuesday in November?

Voting on a Tuesday in November has been a U.S. tradition since the 1840s, but the timing makes it difficult for many people to exercise their right to vote. What are states doing about it?

Fear of flying? Here are 10 airports where location, terrain, weather and design limitations make takeoff and landing a challenge for pilots and a nail-biter for passengers.

Why the 1933 London Tube Map Is Still Considered Design Genius

Before 1933, getting around London on the massively confusing Tube system was a nightmare. That's when draftsman Harry Beck stepped in and revolutionized map design.

10 Things That Went Missing Without a Trace

What do George Washington's false teeth, a 42-ton steel sculpture and the crew of Flight 19 have in common? They all mysteriously vanished.

Every autumn, Earth passes through a stream of debris left by Halley's comet, resulting in some beautiful nighttime meteor showers called the Orionids. Here's what to watch for.

The Surprising Silver Lining of the Atomic Age Nuclear Tests

A rise in carbon-14 in the early 1960s from nuclear bomb testing and radioactive contamination had some unexpectedly useful side effects. It's called the bomb pulse, but its benefits won't last forever.

Before World War II, a third of the world's population lived a territory controlled by a colonial power. How did this start and how did it end?

How Does the U.S. Government Declassify Top Secret Documents?

The FBI's seizure of top secret files from Donald Trump's Florida home shined a spotlight on the declassification system. How does the process work and who decides when something is no longer top secret?

NASA's DART Crashes Into an Asteroid, On Purpose

Hunger stones in European rivers mark periods of drought that lead to famines. They have begun to reappear in 2022, so what does that mean for the near-term health of the European economy?

The Order of Assassins Was Very Real and Very Deadly

The Nizari Ismaili were some of the most feared assassins in the turbulent medieval Middle East. They used secret techniques to survive against enemies with bigger armies. That is until they finally met their match.

How Do Spaghetti Models Predict a Hurricane's Path?

Spaghetti models plot the potential tracks of tropical storms and hurricanes from different meteorological organizations onto one map. The resulting visual helps project how likely the forecast track will be.

The U.S. Supreme Court has agreed to hear a case that could give state legislators almost complete control over federal elections, which some experts fear could establish one-party rule and endanger democracy.