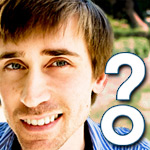 John Fuller earned a bachelor's degree in English from the University of Georgia, where he also minored in film studies. After a brief stint in film and television production, John began his career at HowStuffWorks as a staff writer, writing about spacewalks, cave dives and everything in between. He eventually switched to a position as editor before leaving HowStuffWorks. John also co-hosted the music podcast Stuff From the B-Side and contributed to the podcast Stuff From the Future.

Why Is Rudolph's Nose Red?

He's been called a diva, a hero and a misfit. He's Rudolph the red-nosed reindeer. And his ruby-red honker has long been celebrated for guiding Santa and his sleigh through the night. But how does he do it?

Can Santa Really Climb Down the Chimney?

Is anyone watching you now? If you have Bluetooth enabled on your smartphone, someone might know exactly where you are.

Internet TV is relatively new -- there are lots of different ways to get it, and quality, content and cost can vary greatly. Internet TV streams television signals over the Internet to a person's computer screen or TV set.

Insulation might look like cotton candy, but it's a little more practical. It's great for keeping your house warm, but some say it's just as bad as asbestos for your health.

Between running a print shop, engineering the U.S. postal system, and helping sow the seeds of the American Revolution, Benjamin Franklin also found time to draw up a vast collection of new devices. What are some of his most enduring inventions?

Space collisions are the universe's car wrecks. Only in outer space, it's stars, asteroids and even galaxies doing the smashing.

Top 10 Ways to Make Money on the Internet

The internet has made it possible to have a side job — or a full-time one — within your four walls, or just beyond them. We look at 10 great gigs.

What Is Car Depreciation?

Unless you own a rare or classic model car, there's a good chance that your vehicle is going to be worth considerably less next year. But why do most cars depreciate so quickly?

Underappreciated and overworked elves put in a pretty astounding amount of labor during the holidays. Then there are the other duties they must fulfill, like tending to diva reindeer like Rudolph. So do elves thrive on stress, and do they ever get disgruntled?

File: Claus, Santa. Residence: the North Pole. Known aliases: Sinterklaas, St. Nick, Father Time and Sandy Claws. No matter what you call him, Santa Claus is one formidable being. Learn what makes the man in red tick.

Why Do Some People Believe the Moon Landings Were a Hoax?

It was a small step for a man, a giant leap for mankind. But some people say that the moon landings never happened at all. Why all the conspiracy theories?

Our theory on St. Nick's sweet ride: It's rustic on the outside and state-of-the-art on the inside. Learn more about the advanced technology we think runs Santa's sleigh (and those reindeer).

Why Is Everyone Dreaming of a White Christmas?

For some, an ideal Christmas is a fire in the hearth and a blanket of snow covering the ground. Irving Berlin wrote about it, and Bing Crosby crooned about it. Learn why you might be dreaming of a white Christmas.

How to Train for Your First Marathon

So, you've finally made the plunge -- it's time to start training for your first marathon. Of course, it's no walk in the park. You need to be ready to tackle a distance of 26.2 miles at a steady pace. How do you make sure you cross that finish line?

How the 2010 Honda Insight Works

In 1999, Honda Motor Company became the first automaker to sell a mass-produced, gas-electric hybrid to U.S. drivers -- the 2000 Honda Insight. But how has Honda refined the Insight for 2010?

Have you ever thought about designing a cartoon character of yourself? Well, you're not alone. In fact, more than 26 million people have already done just that -- in WeeWorld.

Xanga is a blogging community -- in fact, it says so right on the site's home page. But does Xanga offer more to users than simply a place to post their daily musings?

Imagine walking around Zwinktopia's Zwinchester mall with your Zcard in-hand -- loaded with Zbucks. If you don't recognize any of these terms, then you must not be one of Zwinky's more than 16 million users.

The lifeblood of many local businesses is word of mouth. Online social networking sites like Yelp simply make it easier for people to spread the word about their experiences -- good and bad alike.

How the Atmospheric Sun Shade Could Work

If the planet is truly warming, we could be in for some catastrophic results, according to some scientists. It's no wonder that a few are theorizing some dramatic methods to cool the Earth's surface.

Do you like the idea of building your own penguin avatar and interacting with other penguins on a virtual iceberg? You're not alone. In fact, millions of users do just that on Disney's Club Penguin.

Everyone can think of a few favorite Web sites that are worth another visit. In fact, that's what bookmarks are for. But Delicious is more than just a bookmark site -- it's a social bookmarking site.

Can I buy an electric car at Sam's Club?

If you're a member of Sam's Club, then you already know the great deals a membership can provide for you and your family or business. But can you really buy an electric car through Sam's Club, too?

Did you know your car is operating at its lowest possible fuel efficiency when you're in stop-and-go traffic or if you're at a standstill and the engine continues to run at idle speed?