5 Most Dangerous Roads in the World

by Patrick J. Kiger
The Guoliang Tunnel Road in China is a "road that does not tolerate any mistakes." Zhen Miao/Getty Images

You don't hear the expression that often anymore, but it used to be common to describe a haggard, worn-out and/or dissipated person as having a face like 7 miles of bad road. Or 20 miles. Or even 50 if the person looked truly awful.

But it would be really unkind to compare somebody's appearance to the five roads listed in this article. To be sure, there are plenty of bad roads all over the world, from the Arctic to the Australian outback. But these particular routes seem to appear most often on travel experts' cautionary lists of the most treacherous, often impassible and death-defying roads on the planet.

From the sand-strewn Trans-Sahara Highway to the forbiddingly rugged and winding North Yungas Road in Bolivia, you're strongly advised to take a detour around these highways. That is, unless you're a thrill-seeking adventurer. Or, like Balto the hero dog, you're trying to get diphtheria vaccine to some remote settlement.

In 1972, inhabitants of a remote mountain village performed one of the most miraculous feats in road-building history: They chiseled a tunnel three-quarters of a mile through a mountain for easier access to the outside world. Here, "easier" means easier than tiptoeing along a rocky footpath worn into the face of the mountain, which is what they had to do before they built the tunnel.

But the new passageway, whose name translates to "road that does not tolerate any mistakes," is only marginally less hair-raising. The tunnel's 15-foot (4.5-meters) high ceiling and 12-foot (3.5-meter) wide roadbed would be forbiddingly dark and claustrophobic had the builders not also carved periodic openings in the tunnel walls. The resulting view of the gaping abyss just a few feet away from your wheels is enough to make you forget all about how confined you are [source: Travel + Leisure]. 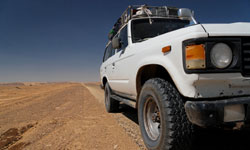 You don't want to run out of gas on a desert highway.
iStockphoto/Hanis

Building a network of highways across Africa to promote much-needed economic development sounds like a fantastic idea. And being able to cross the Mediterranean via ferry from Europe, then drive from Algiers to Lagos would be great [source: Sengupta]. And, maybe someday, when the Trans-Sahara Highway is completed, that'll be doable.

But for the time being, traveling on the 2,800-mile (4,506-kilometer) long, partially completed route remains a daunting task. Daytime temperatures are scorching, and fuel and water are in scarce supply along much of the route, so you'd better hope the needle doesn't touch "E" and that your radiator doesn't blow [source: Travel + Leisure]. And even the newly paved portions of the road often disappear under immense drifts of sand that block the route for days at a time. 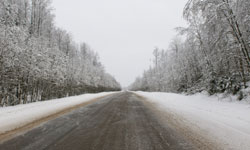 This road is actually safer in the winter when it's frozen than in the summer when it's muddy.
iStockphoto/javarman3

This 1,200-mile (1,931-kilometer) long route is known in Russia as the "Road of Bones." It was built between the 1930s and the early 1950s by thousands of prisoners from Soviet dictator Josef Stalin's Kolyma Gulag, who were deliberately overworked, starved to death and then buried beneath the route [sources: Travel + Leisure].

Never a dependable road surface, over the decades it has fallen into a worse state of disrepair, with vast unpaved, rut-laden stretches. The Kolyma passes through some of the coldest inhabited places on Earth, with winter temperatures that drop to minus 70 degrees Fahrenheit (minus 56 degrees Celsius). At times, the road is frozen solid. But bizarrely, it's easier to travel the road when it's frozen in the winter than when it's a treacherous sea of mud in the summer. To make matters worse, local officials warn that bandits have been known to attack unwary travelers [source: Gray]. 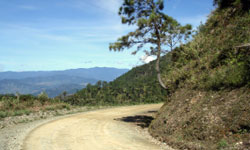 It looks safe enough, but watch out for the rock slides.
iStockphoto/Simongurney

One of the most scenic and also most hazardous stretches of road on the planet was built in the 1930s by a man named Euseibus Julius Halsema, a civil engineer from Ohio who moved to the Philippines shortly after the turn of the 20th century. Halsema eventually rose to become mayor and chief engineer for the city of Baguio, which was then a remote village with a few thousand inhabitants.

Halsema hoped to spur Baguio's growth by building a route called the Mountain Trail to Bontoc, the capital of Mountain Province [source: Halsema.org]. The 93-mile (149.6-kilometer) long highway snakes along the slopes of the Cordillera Central mountain range through an area filled with volcanic rock formations.

These formations were fractured by a 7.8 earthquake in 1990 and subsequently have been further destabilized by erosion from typhoons. As a result, motorists are menaced not only by the continual threat of rock slides, but also by gaping, 40-foot (12-meter) deep erosion scars on the roadside. To make things even worse, sections are sometimes shrouded in mist that makes visibility dicey [source: Travel + Leisure]. 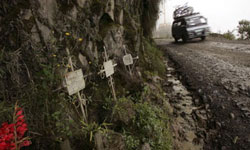 A van descends past a series of crosses marking the site of fatal accidents on the most dangerous road in the world -- Old Yungas.
Spencer Platt/Getty Images

Most of the travel journalists who've written cautionary lists of the world's worst roads seem to agree that the North Yungas Road, a 40-mile (64.3- kilometer) long stretch of hell in Bolivia is the planet's ultimate nightmare for motorists. In 1995, the Inter-American Development Bank singled out the "Road of Death," as it is sometimes called, as the most dangerous route in the world.

It's not hard to figure out why. Built by Paraguayan prisoners of war in the 1930s, North Yungas mostly is a single, winding 10-foot (3-meter) wide lane carved out of the side of a mountain. Worse yet, on the way from Coroico to La Paz, the elevation drops sharply, from 14,000 feet (4,267 meters) to just more than 1,000 feet (304.8 meters). Add traffic -- including plenty of big, ungainly trucks and buses rolling downhill at frightening speeds and taking curves on two wheels -- and you've got a heart-stopping surprise waiting around every bend. The one saving grace is that local custom grants uphill traffic the right of way [source: Drivers.com]. 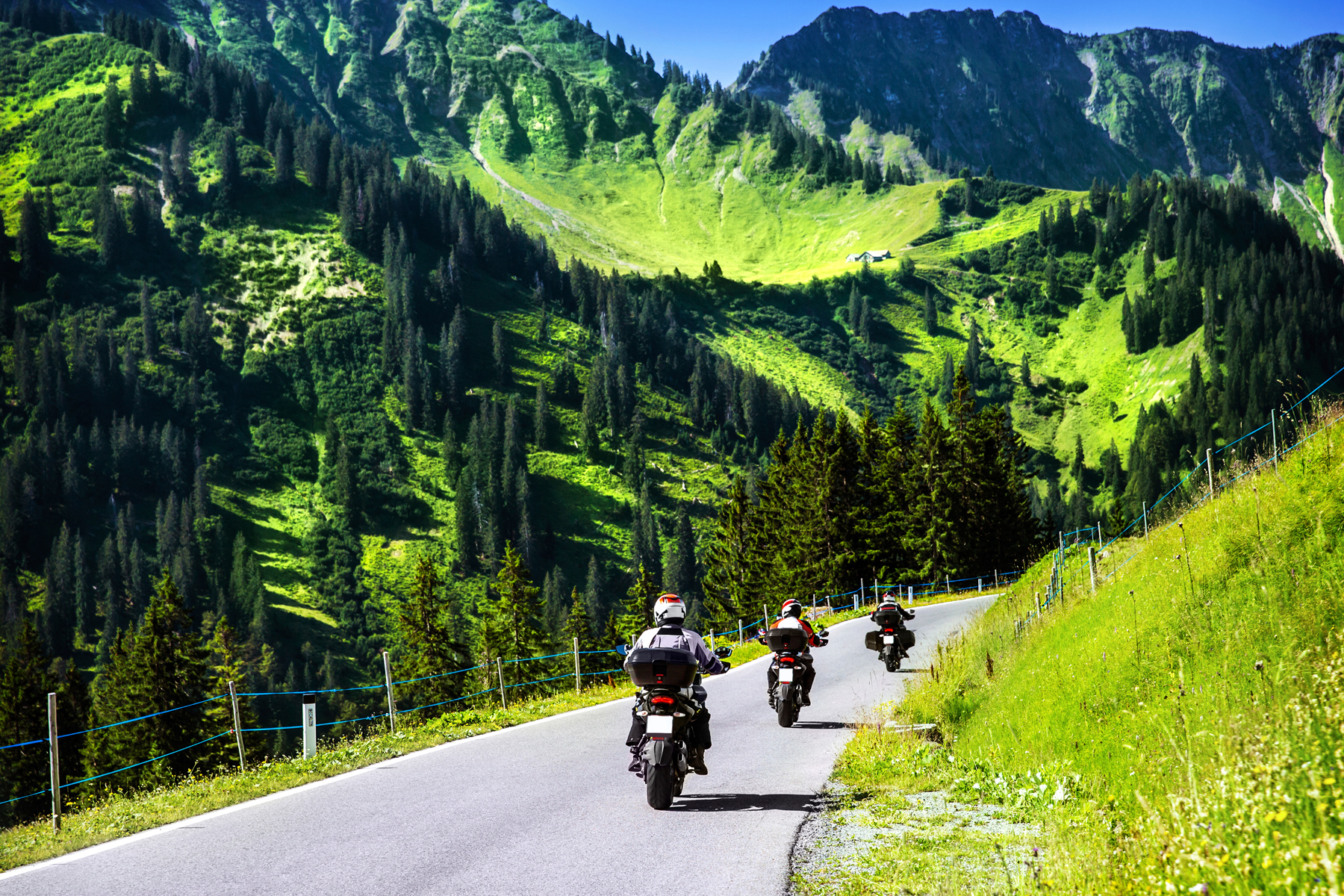